Rockhampton is a city in the Rockhampton Region, Queensland, Australia. The estimated urban population of Rockhampton in June 2015 was 80,665, making it the fourth largest city in the state outside of the cities of South East Queensland and the twenty-second largest city in Australia. Today, Rockhampton is an industrial and agricultural centre of the north, and is the regional centre of Central Queensland. Rockhampton is also a large tourist destination known for its history and culture supporting such institutions as the Rockhampton Art Gallery; one of the most extensive regional galleries in Australia, the Central Queensland University with campuses across five states, the Rockhampton Heritage Village, and Dreamtime Cultural Centre. It is also famous as the hometown of Rod Laver – one of the best tennis players in history. The city is serviced by the Rockhampton Airport and acts as a gateway to local tourist locations such as the Capricorn Caves, and Mount Archer National Park, as well as regional tourist areas like Yeppoon and the Capricorn Coast alongside the island chains offshore that include Great Keppel Island.

The town lies on the Fitzroy River, approximately 45 kilometres (28 mi) from the river mouth, and some 600 kilometres (370 mi) north of the state capital, Brisbane. Rockhampton has a north and south side with three bridges connecting both sides, one for trains and two for vehicles and people. Tourism is increasingly playing a role in the economic development of city and surrounds. The city is a convenient distance north from Brisbane to provide an overnight stop for tourists, who can then branch out to visit local attractions and spend money at local businesses including eateries, entertainment facilities or on recreational activities. The Capricorn Coast is a 30-minute drive from Rockhampton, with the islands of the Keppel group easily accessible from there. 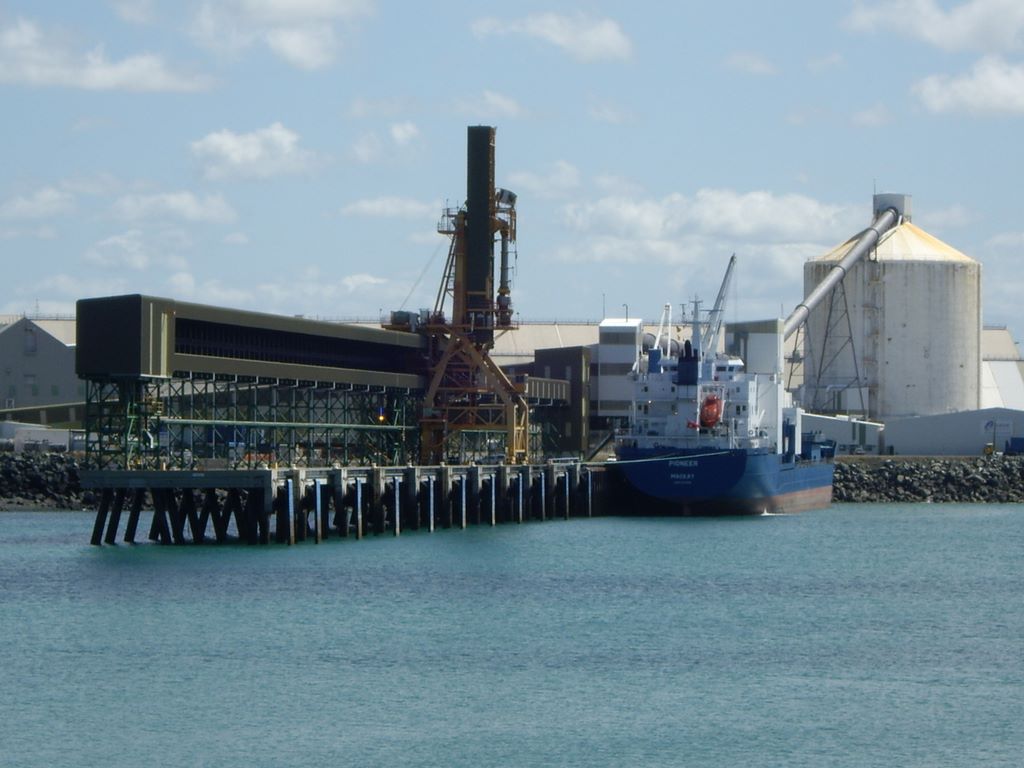 Mackay is located 954 km north of Brisbane via the Bruce Highway. In May, 1860 the explorer Captain John Mackay reached the area after travelling overland from northern New South Wales. The town is named after him. Mackay is one of Queensland’s fastest growing coastal cities with new suburbs spreading rapidly along the coast. It is a city uniquely placed to serve tourism (the beaches and the marina are excellent although the area is known in the summer months for the danger of the deadly stingers in the water); serve as a large and prosperous rural centre with a modern and sophisticated central business; and a hub (particularly with the proximity of Hay Point and Dalrymple Bay) for both the agricultural and mining interests which lie to the west. Mackay itself has important port facilities, a huge range of motels and hotels, good restaurants, excellent boating facilities and a genuinely fascinating hinterland. Mackay is a gracious tropical city. It basks under the tropical sun and its wide streets are characterised by beautifully kept median strips with Royal palm trees and flowering tropical plants.

Nothing symbolises the industrial base of Mackay as effectively as the Sugar Research Institute, a large nondescript office block, West Mackay. It is opposite the Mackay Regional Botanic Gardens and a short distance from the Visitor Information Centre. Located on Cemetery Road – Mackay General Cemetery, this burial ground offers a unique insight into the diverse nationalities who cut the sugar cane. The Queensland Heritage Register records that “The cemetery contains South Sea Islander, Japanese, Javanese (Muslim) and Singhalese graves. Return towards the city on Gordon Street and turn north on Sydney Street. There is a pleasant 2.8 km walk which starts at the Town Hall and includes ten of the city’s most interesting buildings.

View of the sunset at the bay

Gladstone is located 518 km north of Brisbane via Highway 1 and 108 km south east of Rockhampton. Gladstone is one of the many towns and cities in the British Empire which were named after William Ewart Gladstone. It was named in 1846 when he was the British Colonial Secretary. He later became Prime Minister of Great Britain – four times.

Gladstone is not a Queensland city known for its large number of elegant buildings. Consequently the Gladstone City Heritage Walk is a pleasant 2 km walk which will take about 35 minutes. The walk involves seven stages and the main attractions are the Grand Hotel (built in 1897, destroyed by fire and faithfully restored with the upper storeys being particularly impressive); the Heritage Tree (it is clearly signposted on Roseberry Street) a beautiful old fig tree with roots dropping from the branches; the Golding Lookout which offers a superb overview of the city’s marina, the harbour and the wharf facilities – there is a directional guide which helps the visitor to identify the islands off the coast; and the walk then descends the hill to Auckland Inlet where there are remnants of wharves and stores dating from the 1860s.

Located at the end of Boles Road the Round Hill Lookout offers the best overview of Gladstone and all its industries. To the south is Boyne Island and Tannum Sands; the east looks towards the city’s harbour and the north encompasses the city centre and the islands; and to the west lies the city’s ever expanding suburbia. The beautiful Tondoon Botanic Gardens are located 5.4 km south of the city centre along Glenlyon Road.