Sutherland is a suburb in southern Sydney. Sutherland is located 30 kilometres south of the Sydney central business district and is the administrative centre for the local government area of the Sutherland Shire.

Sutherland is a mostly residential area with a shopping centre located close to Sutherland station. Some commercial developments are also located on the Princes Highway. As the administrative centre of the Sutherland Shire, Sutherland hosts facilities such as a general purpose entertainment centre where citizenship ceremonies take place, a community centre, local government council offices and Sutherland Library, a major central library. Woronora Cemetery sits on the western border of the suburb.

Cronulla, derived from an Aboriginal word kurranulla meaning ‘place of pink seashells’, is located on the Bate Bay coastline in Sydney’s south. It is the only Sydney beach that can be reached by train, meaning you can visit without the headache of finding a car park.

Cronulla Beach is patrolled all year round by Sutherland Shire Council’s professional lifeguards together with volunteer lifesavers from Cronulla Surf Life Saving Club. The Cronulla Rock Pools are between Cronulla Beach and North Cronulla Beach. The Alley is the local name given to this area. Shark Island is a dangerous reef break located off Cronulla Beach.

For a top day out at the beach, Cronulla has all the right ingredients – fish and chips, ice-cream and gelato, cool surf shops for beach supplies and accommodation.

Miranda is a suburb in southern Sydney. Miranda is 24 kilometres south of the Sydney central business district, in the Sutherland Shire. Miranda has a mixture of low, medium and high density residential and is known as a commercial centre for the southern suburbs. The Westfield Miranda shopping centre attracts many shoppers from the Sutherland Shire, the St George area and as far away as Wollongong.

Miranda also has a shopping strip, running along The Kingsway and Kiora Road. Numerous commercial developments are also located on these roads and surrounding streets. The smaller Parkside Plaza Shopping Centre containing a supermarket and various grocery shops is located nearby in Wandella Road (North). 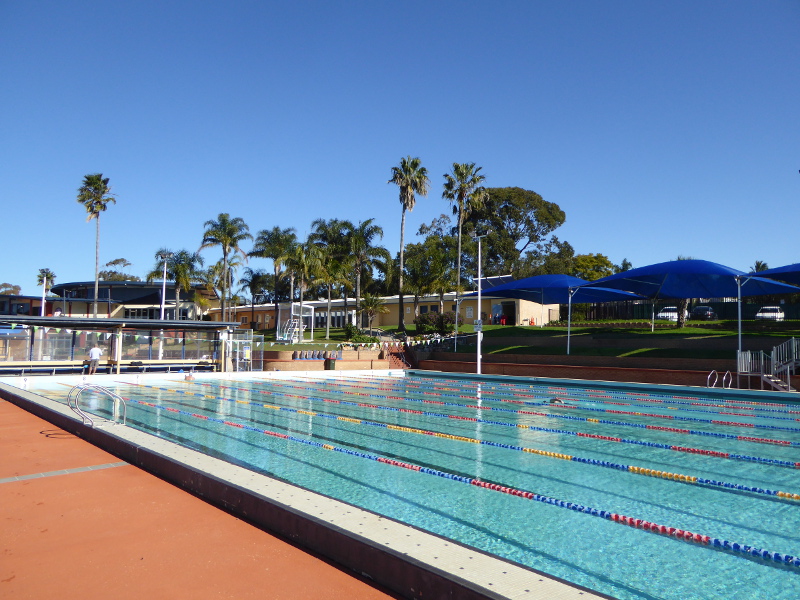 Engadine is a suburb in southern Sydney. Engadine is located 33 kilometres (21 mi) south of the Sydney central business district, in the local government area of the Sutherland Shire. Originally settled for grazing land, Engadine soon became a destination for camping and day-trips from the inner-Sydney suburbs. It remained isolated until 1920 when the railway station was built (with some funds donated by the local population). Many ex-soldiers settled here after World War I and several streets here recall this war and others as well, such as Anzac, Tobruk, Amiens, Bullecourt, Villers Brett, and Nelson.

Engadine is mostly residential with some commercial and light industrial areas. The commercial area is located close to Engadine railway station and the Princes Highway. A shopping centre called Engadine Central includes supermarkets, grocery and specialty shops and Engadine Library.