Bondi Beach is made for the holiday lifestyle

Bondi Beach is a popular beach and the name of the surrounding suburb in Sydney, New South Wales, Australia. Bondi Beach is located 7 km (4 mi) east of the Sydney central business district, in the local government area of Waverley Council, in the Eastern Suburbs. Bondi, North Bondi, and Bondi Junction are neighbouring suburbs. Bondi Beach is one of the most visited tourist sites in Australia.

Bondi Beach is about 1 kilometre (0.62 mi) long and receives many visitors throughout the year. Surf Life Saving Australia has given different hazard ratings to Bondi Beach in 2004. Bondi Beach was added to the Australian National Heritage List in 2008.

Bondi Beach is represented in one of the most popular sporting competitions across Australia, the National Rugby League competition, by the local team the Sydney Roosters, officially the Eastern Suburbs District Rugby League Football Club (ESDRLFC).

Bondi Junction is a largely commercial area which has undergone many changes since the late 20th century. There have been many major commercial and residential developments around the main street and surrounding area, notably a new bus/rail interchange and large shopping mall. Many of the original pubs have been maintained, notably, the Nelson Hotel, so named because of its location on Nelson Street.

Westfield Bondi Junction is a large retail shopping centre located in the suburb of Bondi Junction in Sydney’s eastern suburbs. There are over 400 specialty stores and services including department stores David Jones and Myer, supermarkets Coles and Woolworths, Event Cinemas, restaurants, cafes and prominent retailers such as Zara, Harvey Norman and Rebel Sport. With seaplanes, sailing, kayaking and more, Rose Bay offers many memorable adventures on beautiful Sydney Harbour. You can even captain a little red speedboat on a tour or hop aboard a yacht for a twilight sailing race. There are tasty experiences too at acclaimed waterfront restaurants.

In the era of flying boats, Rose Bay was an international water aerodrome until 1955. Today enjoy scenic flights with Sydney Seaplanes and Sydney by Seaplane, taking off and landing on the harbour. For a romantic day trip, take a seaplane to a waterside restaurant or a secluded beach for a picnic. 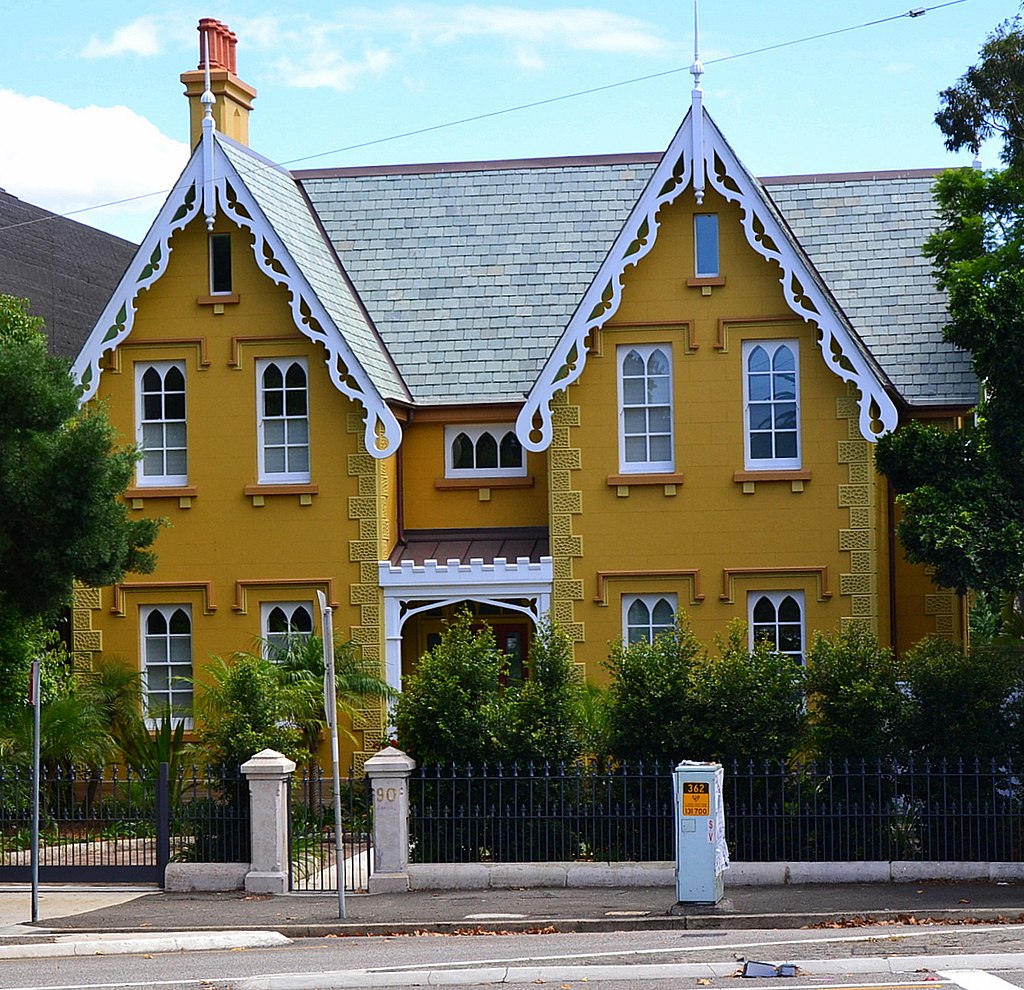 Woollahra is a considerably affluent suburb, due in part to its proximity to the city and the shopping centre at Bondi Junction, plus a wide range of picturesque homes, mostly in various Victorian styles. Moncur Street and Queen Street are particularly affluent areas, with a mixture of residential and commercial buildings and an extraordinarily high number of heritage-listed buildings. Double Bay takes its name from the bay of Sydney Harbour and refers to the two geographical formations between Point Piper and Darling Point, which are interrupted by a miniature point in between. Enjoy the enticing delights of Double Bay, from elegant shopping to beautiful sandy beaches, from charming heritage to delicious restaurants, cafes and bars. You’ll find lovely parks too as well as tree-lined boulevards and grand residences in this stylish harbourside neighbourhood in Sydney’s east.

A scenic ferry ride on one of the great natural harbours in the world is a memorable way to travel to Double Bay, an ideal spot for lunch with friends, a romantic dinner or a weekend escape. You can hop on a ferry at Circular Quay and you’ll arrive at the Double Bay Wharf in less than 20 minutes.

A fresh produce market is held Thursdays in Guilfoyle Park. Alfresco cafes, restaurants and wine bars dot the boulevards and laneways – Indigo offers lunch on a traffic island. For a selection of gins from around the world, try the Stillery in the InterContinental. There are also beautifully restored pubs. 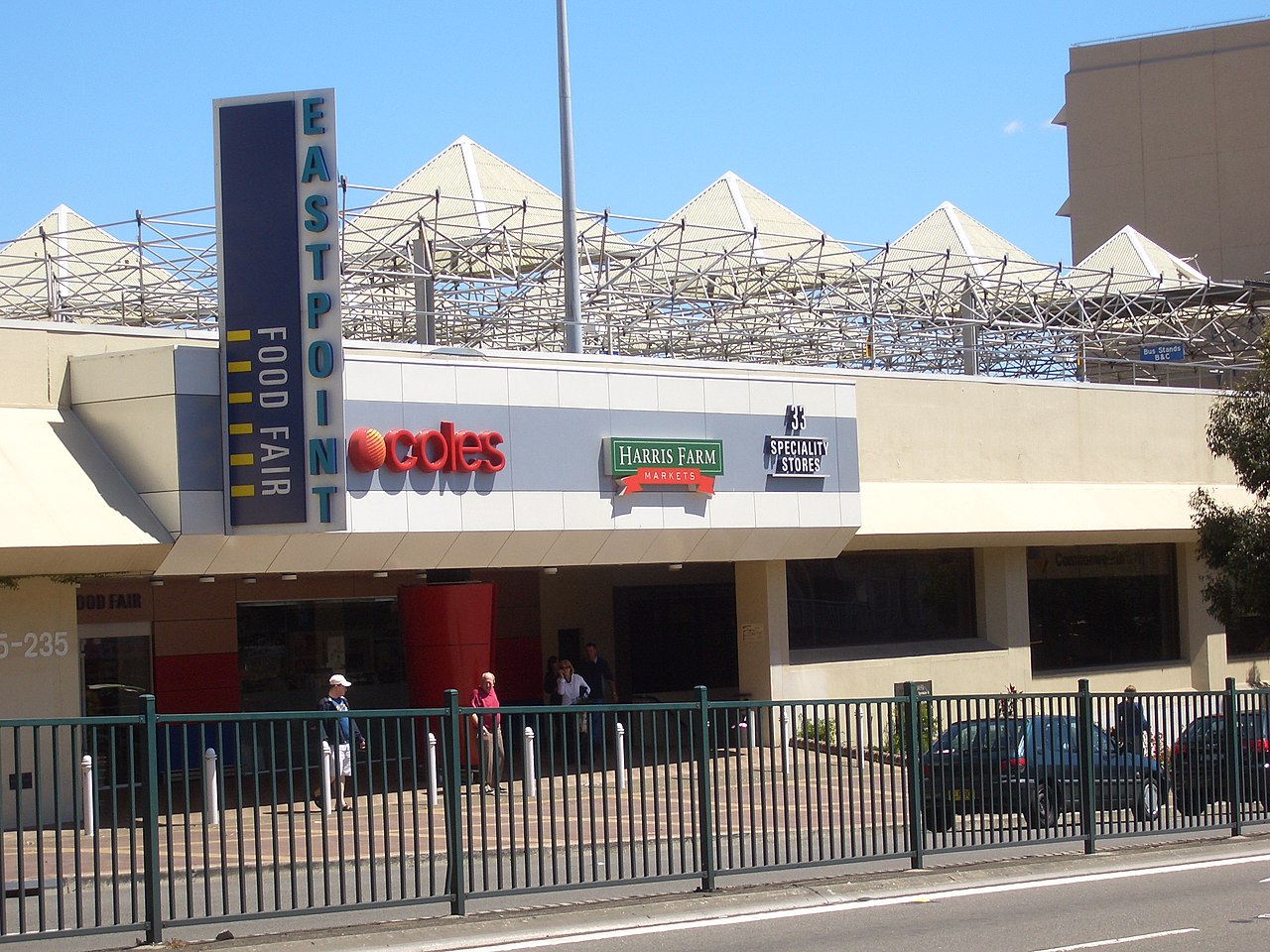 Edgecliff is a small suburb in the Eastern Suburbs of Sydney. Edgecliff is located 4 kilometres east of the Sydney central business district, in the local government area of the Municipality of Woollahra. The postcode is 2027.

Edgecliff is surrounded by the suburbs of Double Bay, Woollahra, Paddington, Rushcutters Bay and Darling Point. The property prices are very high because it is close to the city and many homes provide views of Port Jackson (Sydney Harbour).

Edgecliff takes its name from its location because it literally sits on the edge of a cliff. The rocky cliff was extensively quarried in the early day of European settlement. Commercial developments are located on New South Head Road. The Edgecliff Centre is a commercial building with retail space close to the transport services and office space above. Edgecliff Eastpoint is a shopping centre above Edgecliff railway station and below the bus interchange. 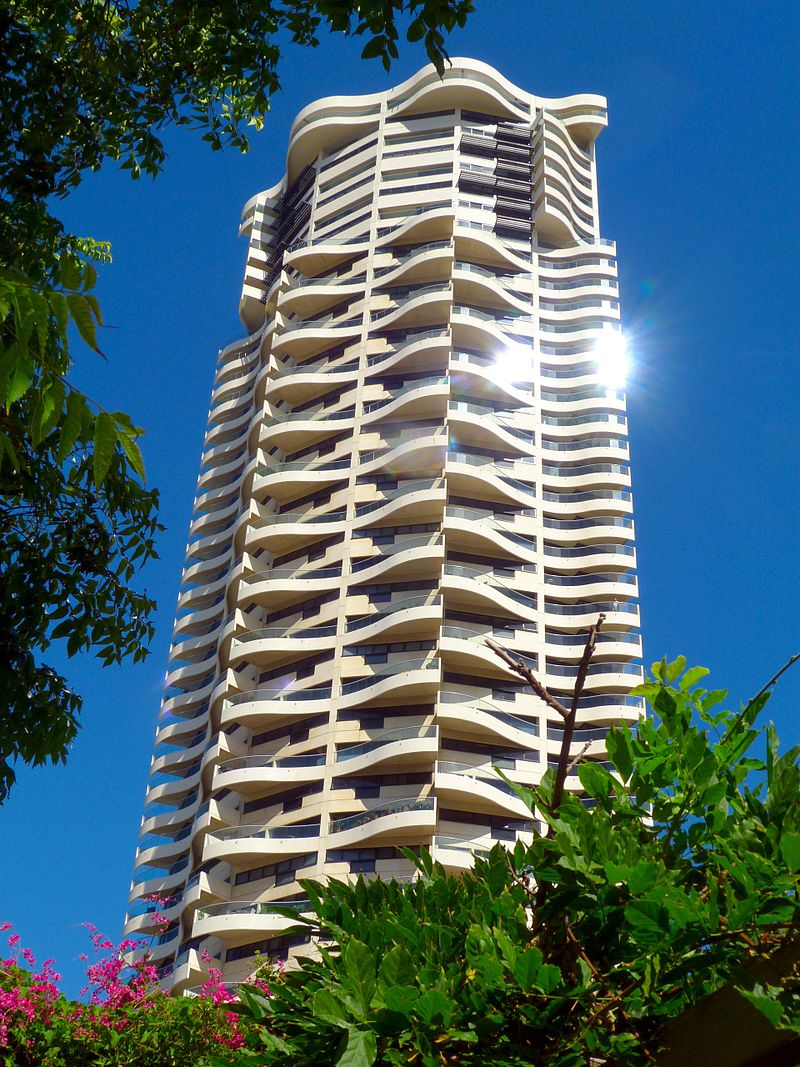 Darlinghurst is an inner-city, eastern suburb of Sydney, New South Wales, Australia. Darlinghurst is located immediately east of the Sydney central business district (CBD) and Hyde Park, within the local government area of the City of Sydney.

Darlinghurst is a densely populated suburb with the majority of residents living in apartments or terraced houses. Once a slum and red-light district, Darlinghurst has undergone urban renewal since the 1980s to become a cosmopolitan area composed of many unique precincts.

The Horizon, located in Forbes Street, Darlinghurst, is a 43-storey residential high-rise building completed in 1998. It has a distinctive scalloped facade and is finished in rendered concrete. The building was designed by Sydney architect Harry Seidler and is controversial in that it was one of the first high-rise buildings constructed in the predominately low rise area, with critics saying it caused overshadowing of the surrounding area. 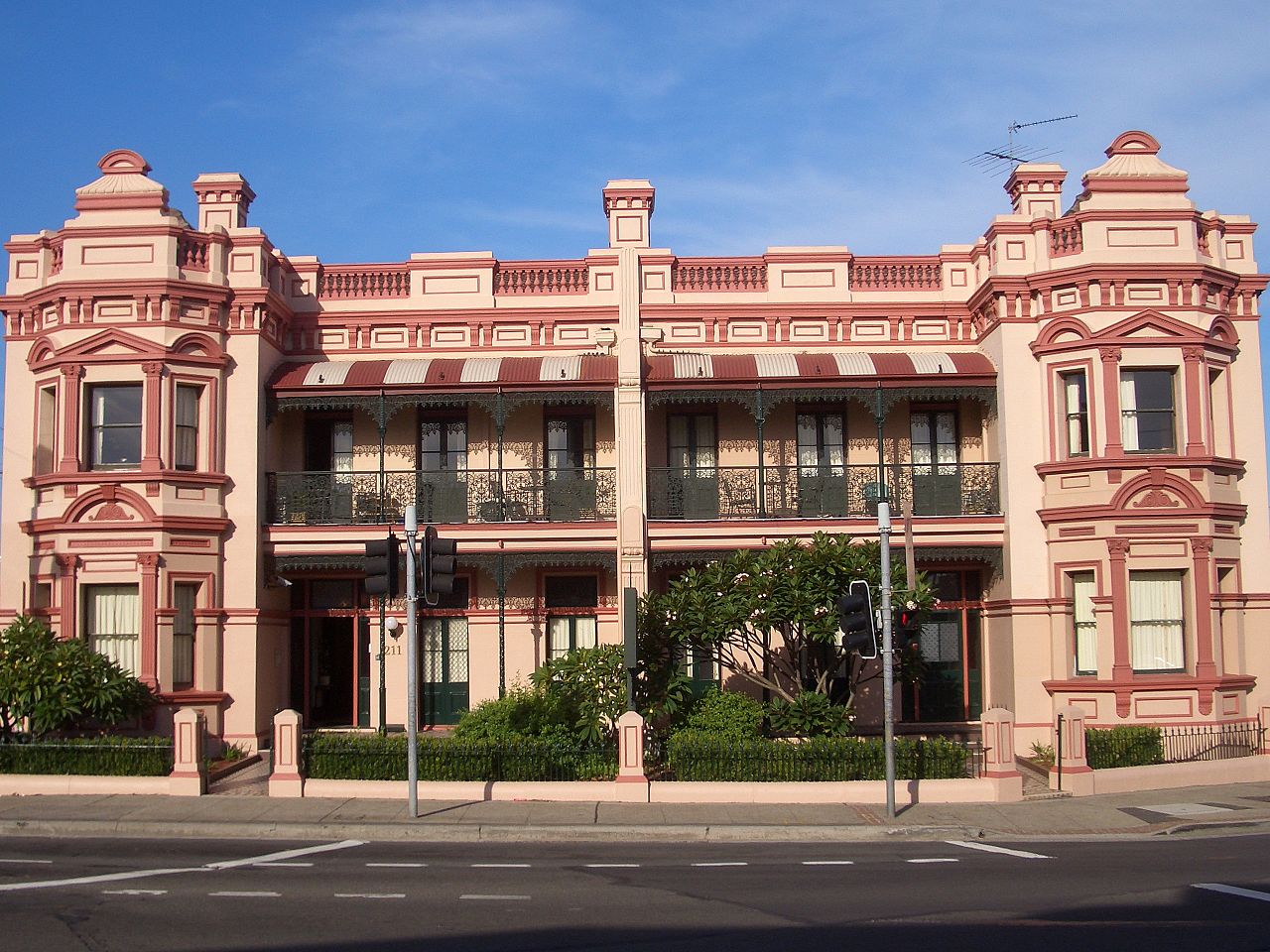 Better value than a hotel

Randwick is primarily a residential area. The Randwick Racecourse takes up a large portion in the north-west corner of the suburb. The Prince of Wales Hospital, Royal Hospital for Women, Prince Henry Hospital and Sydney Children’s Hospital are all located in Randwick. The main commercial area is centred on Belmore Road.

Maroubra is a beachside suburb in the Eastern Suburbs of Sydney, in the state of New South Wales, Australia. It is 10 kilometres south-east of the Sydney central business district in the local government area of the City of Randwick. Maroubra is the largest suburb in the area governed by Randwick City Council in both area and population. Maroubra Junction is a locality in the centre of the suburb.

There are also a handful of shopping districts besides Maroubra Junction including the areas surrounding Maroubra Beach. McKeon Street and Marine Parade are home to multiple cafes and restaurants, and other retail facilities such as surf shops, yoga schools, a chemist and newsagent, the Maroubra Seals Club and The Bay Hotel. Paddington is an inner-city, eastern suburb of Sydney, in the state of New South Wales, Australia. Located three kilometres (one point nine miles) east of the Sydney central business district, Paddington lies across two local government areas. The portion south of Oxford Street lies within the City of Sydney, while the portion north of Oxford Street lies within the Municipality of Woollahra. It is often colloquially referred to as “Paddo”.

Paddington is bordered to the west by Darlinghurst, to the east by Centennial Park and Woollahra, to the north by Edgecliff and Rushcutters Bay and to the south by Moore Park.

Oxford Street is a great place to start. You’ll find stylish boutiques, great pubs, delightful cafes, and the Chauvel Cinema’s old world charm in heritage-listed Paddington Town Hall, built in 1891. Across the road is the Magician’s Cabaret, where dinner is accompanied by dance, song and magic tricks.