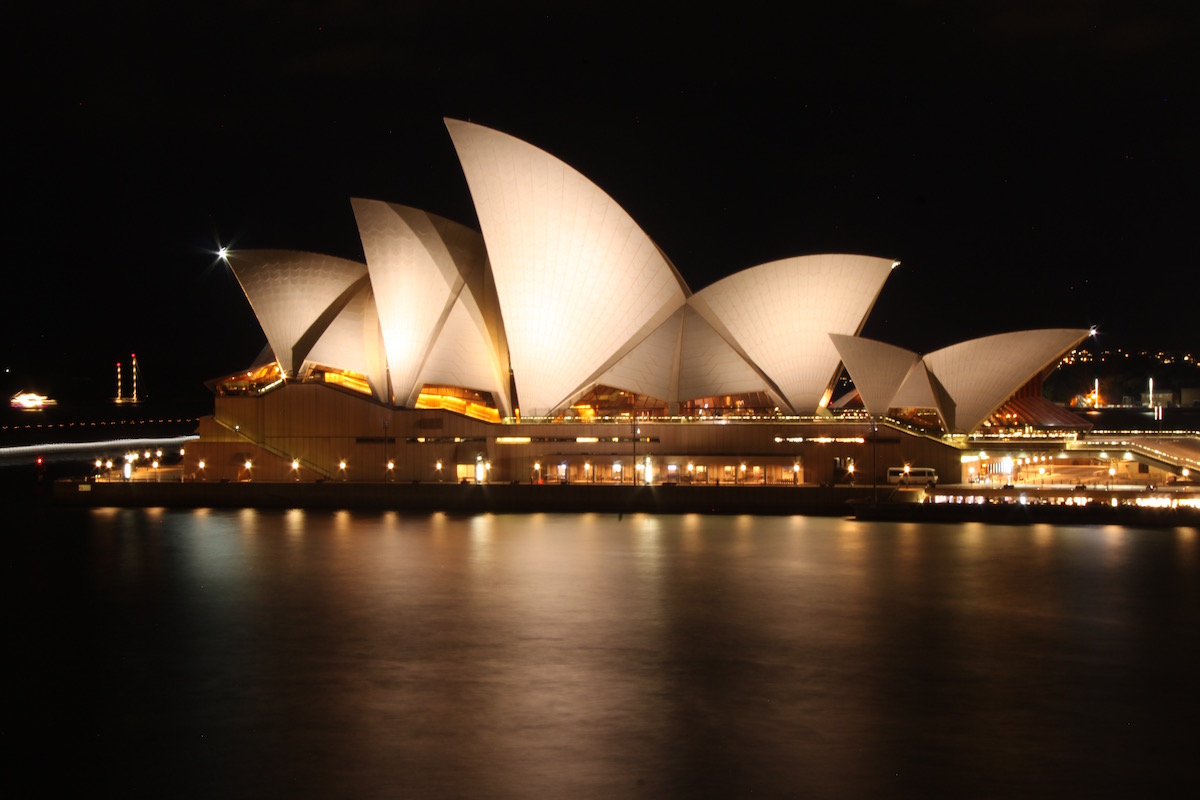 The Sydney central business district (also Sydney CBD, and often referred to simply as “the Town” or “the City”) is the main commercial centre of Sydney, the state capital of New South Wales and the most populous city in Australia. It extends southwards for about 3 km (2 mi) from Sydney Cove, the point of first European settlement in which the Sydney region was initially established. Due to its pivotal role in Australia’s early history, it is one of the oldest established areas in the country.

The Sydney CBD is Australia’s main financial and economic centre, as well as a leading hub of economic activity for the Asia-Pacific region. Culturally, the city centre is Sydney’s focal point for nightlife and entertainment. It is also home to some of the city’s most significant buildings and structures.

The Sydney Opera House is a multi-venue performing arts centre in Sydney, New South Wales, Australia. It is one of the 20th century’s most famous and distinctive buildings. The building and its surrounds occupy the whole of Bennelong Point on Sydney Harbour, between Sydney Cove and Farm Cove, adjacent to the Sydney central business district and the Royal Botanic Gardens, and close by the Sydney Harbour Bridge. Though its name suggests a single venue, the building comprises multiple performance venues which together host well over 1,500 performances annually, attended by more than 1.2 million people. Surry Hills is an inner city, eastern suburb of Sydney, in the state of New South Wales, Australia. Surry Hills is immediately south-east of the Sydney central business district in the local government area of the City of Sydney. Surry Hills is surrounded by the suburbs of Darlinghurst to the north, Chippendale and Haymarket to the west, Moore Park and Paddington to the east and Redfern to the south. A multicultural suburb, Surry Hills has had a long association with the Portuguese community of Sydney.

From acclaimed theatre and intriguing galleries to fine food and wine, Surry Hills is a delightful inner Sydney neighbourhood near Central Station. You’ll discover hidden gems, including award-winning restaurants, hip bars and great pubs, fashion boutiques, and the famous Bourke Street Bakery. You’ll find wonderful galleries, too. Visit the Brett Whiteley Studio, where one of Australia’s most notable contemporary painters worked and lived until his death in 1992. The Ann Snell Gallery specialises is indigenous art and the Badger and Fox Gallery is in a convict-built terrace house.

Another drawcard are the restaurants and cafes, and bars and pubs. Crown Street and side streets are dotted with delicious places to eat and drink. Many are featured in The Sydney Morning Herald’s Good Food Guide, including the Dolphin Hotel Dining Room, Baccomatto Osteria and Firedoor.

Happy day at the park

Alexandria is an inner-city suburb of Sydney, New South Wales, Australia. Alexandria is located 4 kilometres south of the Sydney central business district and is part of the local government area of the City of Sydney. The postcode is 2015.

Sydney Park is a large recreational area on the western border. Alexandria Park and McKell Playground are situated on Buckland Street. Tennis courts and a cricket oval are located here. Erskineville Oval is just over the western border. Erskineville Oval is the home ground of the Alexandria Rovers junior rugby league team. The Alexandria Dukes Rugby Football Club play in the New South Wales Suburban Rugby Union competition and will again contest the Meldrum Cup in 2014. The club rooms for the Dukes are at the Iron Duke Hotel. A number of popular pubs are located in the suburb including the Alexandria Hotel, Iron Duke Hotel, Buckland Hotel and the Parkview Hotel on Mitchell Road.

Festival at the Park

Pyrmont is an inner-city suburb of Sydney, in the state of New South Wales, Australia 2 kilometres south-west of the Sydney central business district in the local government area of the City of Sydney. It is also part of the Darling Harbour region.

Pyrmont was once a vital component of Sydney’s industrial waterfront, with wharves, shipbuilding yards, factories and woolstores. As industry moved out, the population and the area declined. In recent years it has experienced redevelopment with an influx of residents and office workers. Pyrmont is linked to the city by the Pyrmont Bridge, a swing bridge for pedestrians and cyclists. The Western Distributor passes through the suburb and provides a connection to the city and then to the North Shore via the Sydney Harbour Bridge.