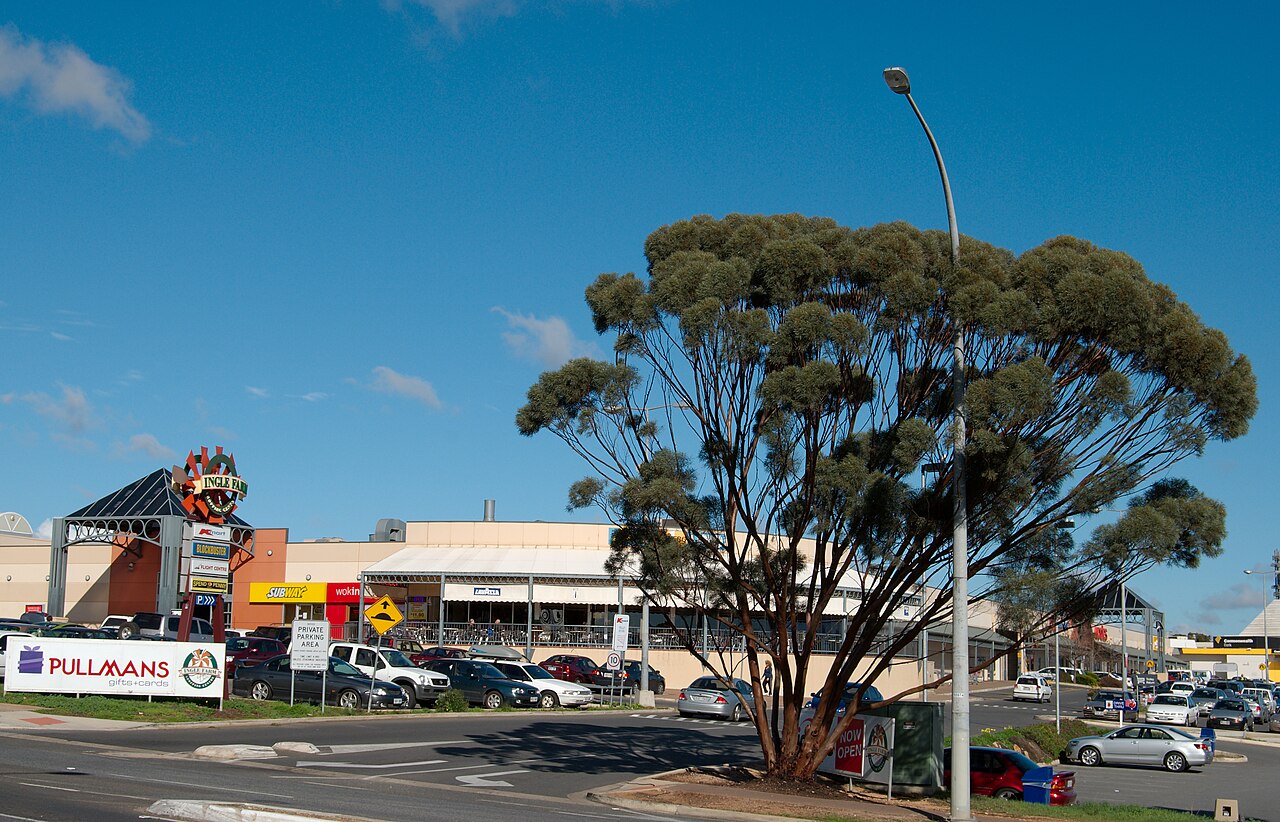 Center for recreation and dining

Ingle Farm is an established, residential suburb, with some parklands, of about 8,500 people in the South Australian capital city of Adelaide. It is located at the base of the Mount Lofty Ranges foothills, around 12 kilometres north-east of Adelaide’s central business district. Rowe Park in the suburb’s south, is home to the Ingle Farm Sporting Club. The club fields teams in Australian rules football, Cricket, Golf, Netball, Softball and some indoor sports. The club was originally known as the Ingle Farm Football Club, from its formation in February 1968, and was renamed in 1993. The football club first competed in the Central Districts Football Association, transferred to the Norwood-North Association in 1974, then to the South Australian Amateur Football League in 1978.

A substantial retail and community services zone is located on the south-western corner of the junction of Montague Road and Walkleys Road. Designated by the Metropolitan Adelaide Development Plan as a “District Centre” (second tier in a four tier hierarchy) this zone includes Ingle Farm Shopping Centre (a Colonial First State Property Management property) as well as medical, recreation, aged care and child care facilities. 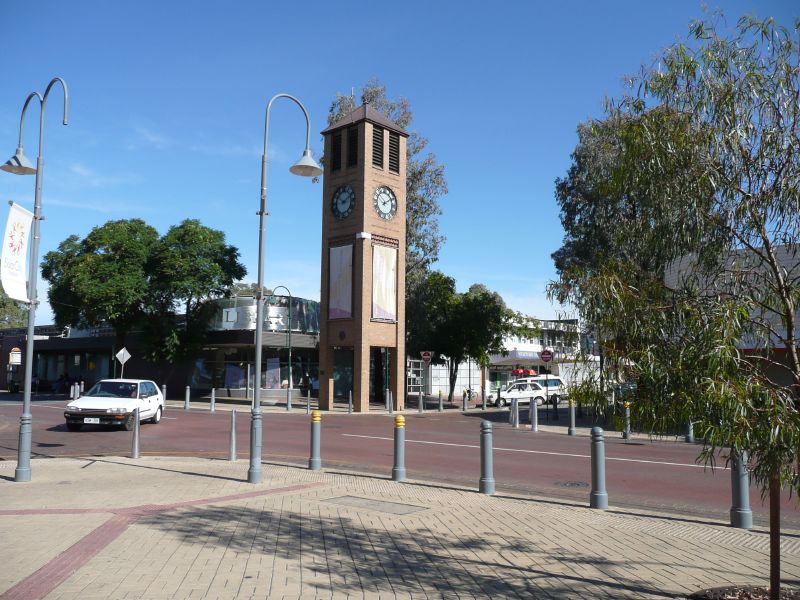 A day at the center

Salisbury is a northern suburb in Adelaide, South Australia. It is the seat of the City of Salisbury, and in the South Australian Legislative Assembly electoral district of Ramsay and the Australian House of Representatives divisions of Wakefield and Port Adelaide. The suburb is a service area for the City of Salisbury district, with an abundance of parklands, shops, cafes and restaurants. Parabanks Shopping Centre is also located in Salisbury, which includes Woolworths, Coles and Big W as its signature retailers. Trains to and from Adelaide and Gawler from Salisbury operate every 15 minutes at off-peak times on Monday to Friday, and every 30 minutes during the day on Saturday and Sunday. In the evening, services run every hour. In morning peak hours, there are several trains that run non-stop between Salisbury and Adelaide (or make only one stop, at Mawson Interchange). These are used by a significant number of city workers who either park their vehicle or transfer from buses at Salisbury Interchange.

The major retail zone in Salisbury is the Parabanks Shopping Centre, which is a short distance from Salisbury Interchange, and was first opened around 1977. The single-floor complex includes 74 stores and 3 anchor stores, with a total floor area of 23,800 m2, and around 1,400 parking spaces. In April 2008, property group Stockland sold the shopping centre to the Angaet Group. In 2015, an $18 million redevelopment of the centre was approved by the Salisbury Council’s Development Assessment Panel. The redevelopment consisted of three stages, with five specialty stores added to the eastern side mall, the relocation of the Coles supermarket into the site of the former Harris Scarfe store, and external upgrades which were completed in October 2017. 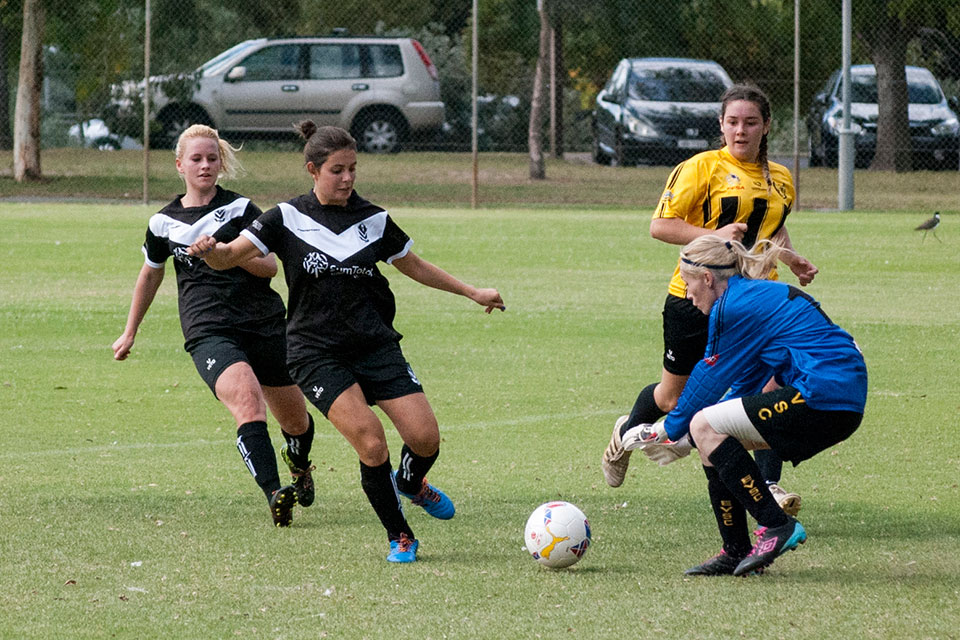 Elizabeth Vale is a suburb in the northern extent of Adelaide, South Australia. It was established in 1955. Its main roads are Main North Road to the east and John Rice Avenue which bisects the suburb. The southern boundary is the northern bank of the Little Para River. Elizabeth Vale has two hospitals, the Lyell McEwin Hospital, a public teaching hospital, and the private Central Districts Hospital. 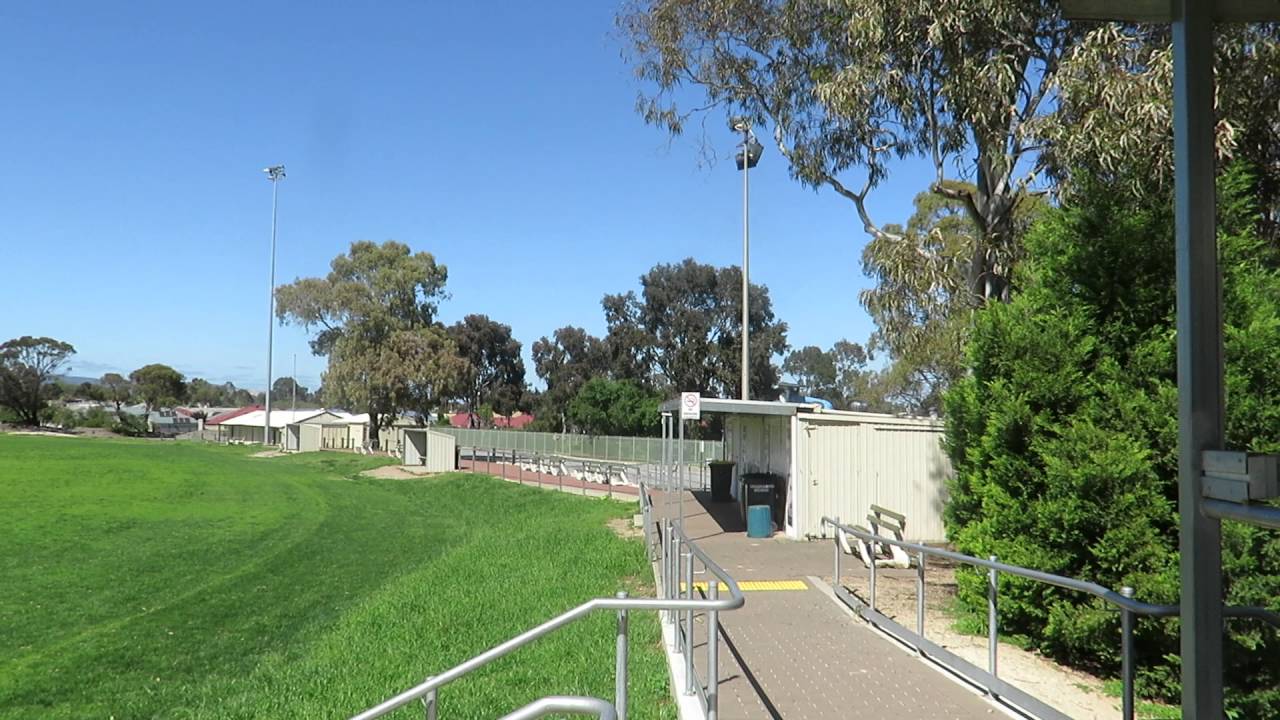 Sporting club in the area

Ridgehaven is a suburb of Adelaide, South Australia in the City of Tea Tree Gully. Ridgehaven is located in the North Eastern suburbs and is approximately 15 km from the Adelaide CBD. The largely residential suburb is bordered by North East Road to the south, Golden Grove Road to the west, Hancock Road to the east, and Milne Road to the north.

Development of Ridgehaven dates from the 1950s. Most housing in the suburb was constructed during the 1960s. Today Ridgehaven is a well established, largely residential suburb, with a stable population. Relatively low numbers of new dwellings have been constructed between 1996 and 2001. Ridgehaven contains one school, Ridgehaven Primary School, on Milne Road. Safe and vibrant place for the community

Modbury is a suburb of Adelaide, South Australia in the City of Tea Tree Gully. Modbury is located at the end of the Adelaide O-Bahn and is home to the Tea Tree Plaza shopping complex and a Hospital. The suburb of Modbury contains one high school (Modbury High School) and one Primary School (Modbury West). However, there are many other schools in the surrounding areas which also bear the name Modbury. Modbury South Primary for example is located in the suburb of Hope Valley.

The suburb of Modbury is located within the Australian House of Representatives Seat of Makin, and the South Australian House of Assembly Seat of Florey. Its local government area is the City of Tea Tree Gully and its chambers are located within the suburb. There are many sporting teams in Modbury – Modbury Hawks (Australian rules football), Modbury Jets (Soccer), Modbury Tennis Club and Modbury Bowling Club. A large park central in the suburb is known as Civic Park it is located across the road from Tea Tree Plaza. It is a popular spot for barbecues and picnics in summer.

Gawler is the first country town on the Australian mainland in the state of South Australia, and is named after the second Governor (British Vice-Regal representative) of the colony of South Australia, George Gawler. It is about 40–44 km (25–27 mi) north of the centre of the state capital, Adelaide, and is close to the major wine producing district of the Barossa Valley. Gawler is a commercial centre for the Mid-North districts of South Australia and, increasingly, a dormitory town for Adelaide. Gawler regularly hosts stages of the annual cycling race, the Tour Down Under. The annual show was established in 1856 and is South Australia’s largest country show. Show attendances regularly attract an estimated 30,000 people over the weekend.

Gawler railway station was the terminus of the railway from Adelaide from 1857. The railway was extended to Kapunda in 1860. Gawler became a junction station when a branch was constructed into the Barossa Valley in 1911. This is the line that provides the Gawler Oval and Gawler Central (originally named North Gawler) railway stations in Gawler. Gawler Central is now the terminus of the metropolitan rail services from Adelaide.

One of the larger primary schools in the state

Rostrevor is a suburb of Adelaide within the City of Campbelltown and the Adelaide Hills Council. It is located about 10 kilometres east-north-east of the Adelaide city centre. Rostrevor is in the State House of Assembly Electoral district of Morialta and is in the Federal Division of Sturt.

It was named after the village of Rostrevor in Northern Ireland. Some of the facilities in Rostrevor include Stradbroke School, Romeo’s Foodland and a newly constructed nature playground in Morialta Conservation Park. Stradbroke School is situated in the eastern suburbs of Adelaide, the capital of South Australia. Being one of the larger primary schools in the state, we have a large range of resources and choice to offer to our students, parents and community. Stradbroke School is situated away from main roads amongst tall gum trees adjacent to Fourth Creek. Koalas are regular visitors. Environmental Education programs also feature strongly. The picturesque location, wide range of extra-curricular activities and enviable facilities help complete the picture of the school, all well placed to guide keen young minds on their educational path.

Croydon is an inner northern suburb of Adelaide, South Australia. It is located in the City of Charles Sturt. Croydon lies on the western side of South Road, in the section between Port Road and Torrens Road. It is a small inner western suburb of Adelaide. A park is located on Day Terrace beside Croydon railway station. Croydon is bordered by three major Adelaide roads. Torrens Road to its north-east, South Road, to its east-south-east, Port Road to its south-west and Ellen/Minnie Streets to its north-west.

On Elizabeth Street, there are cafes (Croydon Social, Queen Street Cafe,), a bakery (Red Door Bakery), a French Creperie (La Lorientaise), hairdresser (Curious Orange) and retro clothing & homewares (Hype & Seek) furniture shops (One Small Room) clothing boutique ( Azalia). Croydon Social also opens in the evening serving pizza from its wood oven and is licensed. This section of Elizabeth Street is commonly referred to as Queen Street, and some of the names of the shops refer to Queen Street. On Queen Street proper (which runs off Port Road until becoming Elizabeth Street) there is also a hairdresser, a pilates studio and a children’s party venue. On Port Road is a warehouse shopping complex with large parking space including Officeworks, Rivers, The Salvation Army Superstore and other retailers.