View of the football club oval

Waikerie is a rural town in the Riverland region of South Australia on the south bank of the Murray River. The Sturt Highway passes to the south of the town at the top of the cliffs. There is a cable ferry crossing the river to provide vehicle access from the north side of the river. The main newspaper of the region is The River News, first published in July 1956 and founded as a direct result of the 1956 Murray River floods.

Waikerie Airport is near Waikerie. It is home to the Waikerie Gliding Club. It has two runways 08/26 and 02/20. Waikerie is home to the Waikerie Magpies Football Club (Australian Rules), who currently play in the Riverland Football League. Former Adelaide Crows captain Mark Ricciuto is from Waikerie and played his junior football with the Magpies. Waikerie is also home to the 360 metres (390 yd) Sunline Speedway. The speedway has been home to some of the biggest names in South Australian sedan speedway. 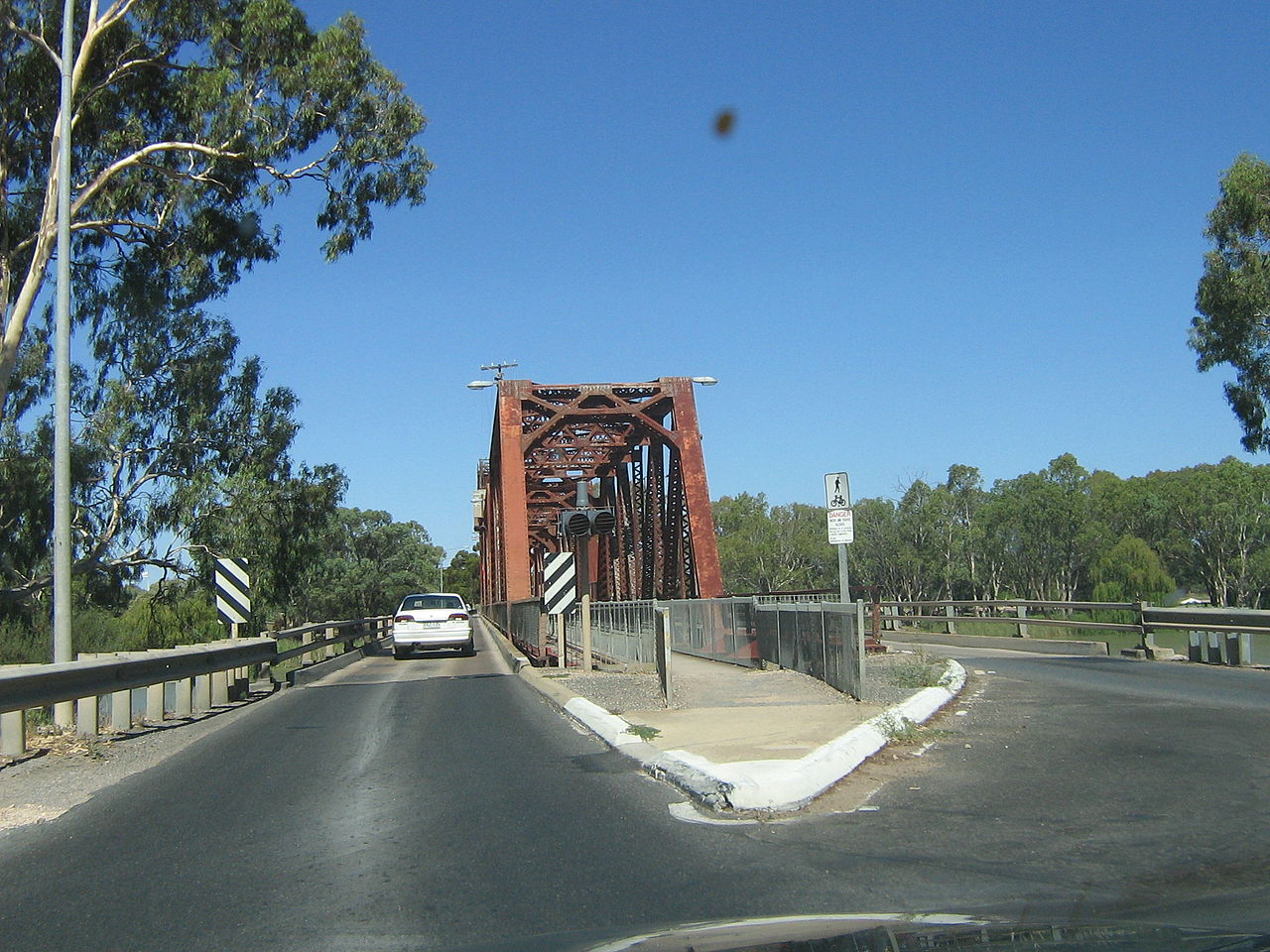 Renmark is a town in South Australia’s rural Riverland area, and is located 254 km northeast of Adelaide, on the banks of the River Murray. The Sturt Highway between Adelaide and Sydney runs through the town; Renmark is the last major town encountered in South Australia when driving this route. It is 31 m above sea level. Renmark is a multicultural centre for the Riverland area. It consists of elegant wide streets. The river itself offers excellent spots for fishing, waterskiing and boating. The area is known for the cultivation of grapes, citrus fruits, tomatoes, vegetables, wheat and wool. Orange trees stretch for hectares as do vineyards and stone fruit orchards. Other industries include almond growing and pistachio nut cultivation. 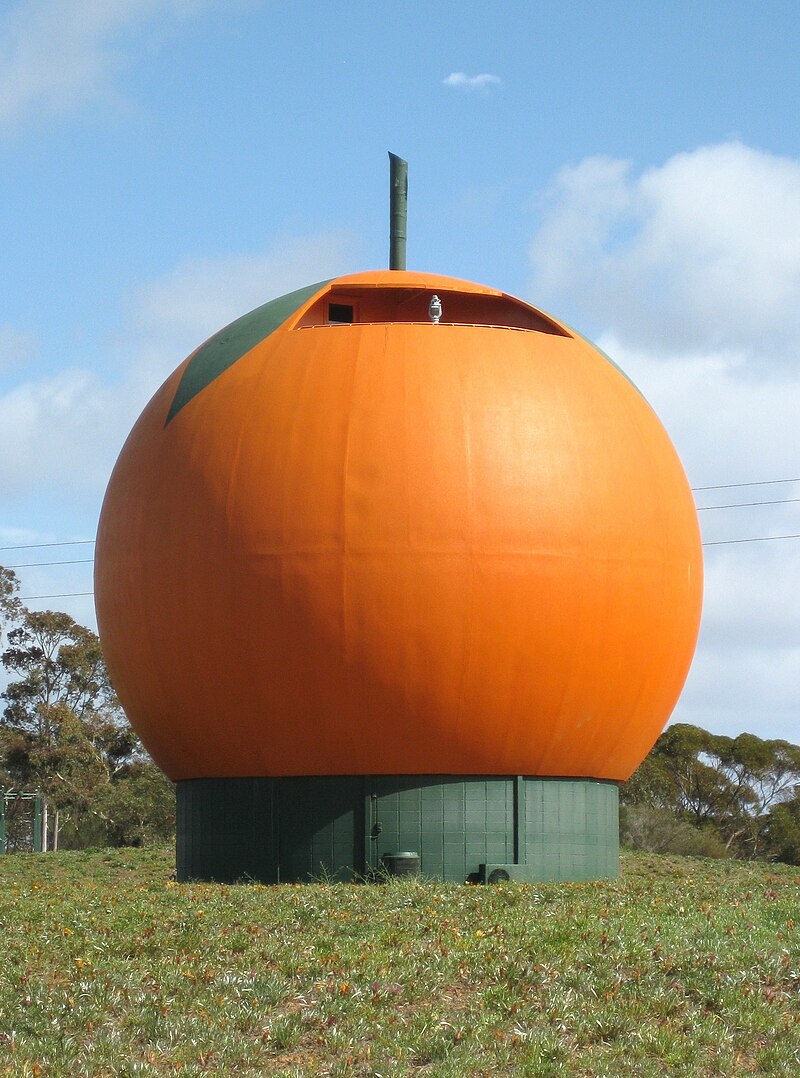 Most defining icon of the region

Berri is a town in the Riverland region of South Australia. It is 238 kilometres north-east of Adelaide, the capital of the state of South Australia. It is primarily an agricultural and viticultural town on the north bank of the Murray River. It is the original home of a juice company, Berri Ltd. Berri is a multicultural town with a café and a hotel on the riverside, a main street that overlooks the river and other shopping facilities elsewhere in the town, such as the Riverland Plaza. The Berri Visitors Centre shares a spot on the waterfront at the bottom of Vaughan Terrace with the Alba cafe. This is a popular gathering point for Berri professionals and tourists alike, not undue to its waterfront location, alfresco dining and proximity to the visitors centre itself.

The river itself offers fishing, waterskiing and boating. A boat launching marina is located opposite the Berri caravan park on the waterfront. The Martin’s Bend wetland offers educational walk and water sports. Nearby is the “Katarapko” section of the Murray River National Park which is a popular area for camping, birdwatching, canoeing and bushwalking. A past local tourist attraction was the Big Orange, it offered a three-storey high observation deck over the plains and river. The facility also offered souvenirs, refreshments and local produce. Unfortunately, this has since closed. Development ideas for the future of the site include an orchid nursery, waterfall, butterfly house, tropical garden and bird cages. Horticulture, in particular oranges and grapes is still strong in the area. Berri is situated in an area of 3000 hectares of irrigated fruit orchards. Secondary industries include fruit packing, fruit juice, and wine. Other events held in Berri are the popular annual Riverland Wine and Food Festival and Tour of Riverland Cycling

Loxton is a town on the south bank of the River Murray in the Riverland region of South Australia. It is a service town for the surrounding districts. The area near Loxton is a significant citrus fruit and summer fruit growing area. Loxton is also the main town for the northern part of the Murray Mallee which is a dryland farming and grain cropping area. Loxton has a pioneer settlement museum (known as the Loxton Historical Village), preserving the heritage of the mallee region. It is also famous for the “Loxton Lights Up” Christmas Festival in December each year, and the annual 120m Loxton Gift handicap sprint race held in late February.

The Loxton Gift athletics carnival offers the most prize money in South Australia apart from the Bay Sheffield held at Glenelg. The program includes races from 70m to 1000m and is the final major South Australian lead-up event to the Stawell Gift held at Easter. Loxton is the seat of the local government area of the District Council of Loxton Waikerie. It is in the South Australian House of Assembly electoral district of Chaffey and the Australian House of Representatives division of Barker. The town is home to a variety of service clubs, most notably the Apex Club, Rotary Club and Lions Club.