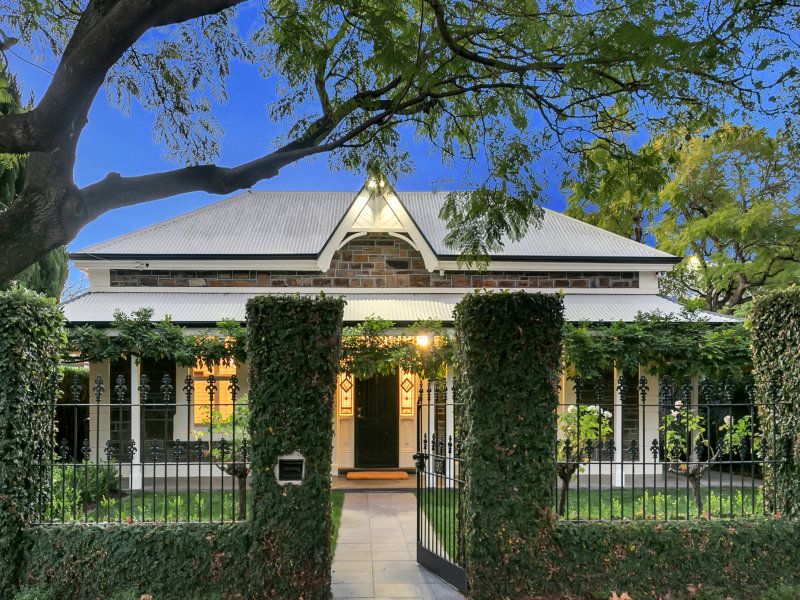 Beautiful houses in the suburb

Malvern is an inner-southern suburb of Adelaide in the City of Unley. It borders adjacent suburbs of Unley and Parkside to the north, Highgate to the east, Kingswood to the south and Unley Park to the west. Many Malvern streets are populated with jacaranda trees, a non-native evergreen tree species, giving a shady aspect to the area in conjunction with the predominant architectural style of single-storey colonial iron wrought residential buildings and Australian villas.

View of the city central at night

Adelaide city centre is the innermost locality of Greater Adelaide, the capital city of South Australia. It is known by locals simply as “The City” or “Town” to distinguish it from Greater Adelaide and from the City of Adelaide (which also includes North Adelaide and the Park Lands). The locality is split into two key geographical distinctions: the city “square mile”, bordered by North, East, South and West Terraces; and the section of the parklands south of the River Torrens which separates the built up part of the city from the surrounding suburbs and North Adelaide.

Adelaide is separated from its greater metropolitan area by a ring of public parklands on all sides. The square mile within the parklands is defined by a small area of high rise office and apartment buildings in the centre north, around King William Street, which runs north-to-south through the centre. Surrounding this central business district are a large number of medium to low density apartments, townhouses and detached houses which make up the residential portion of the city centre.

Adelaide’s cultural and entertainment precincts/venues are generally concentrated in the city centre. They include the Convention Centre, Entertainment Centre and the redeveloped Adelaide Oval. Additionally, the Adelaide Festival and Adelaide Fringe Festival are held within Adelaide’s city centre during February and March. This time is known as “Mad March”, due to the large number of other cultural festivities at the same time, including the Adelaide 500 and WOMADelaide. North Terrace is considered Adelaide’s “cultural boulevard” because of its tight concentration of galleries and museums.

Stylish street north of the city