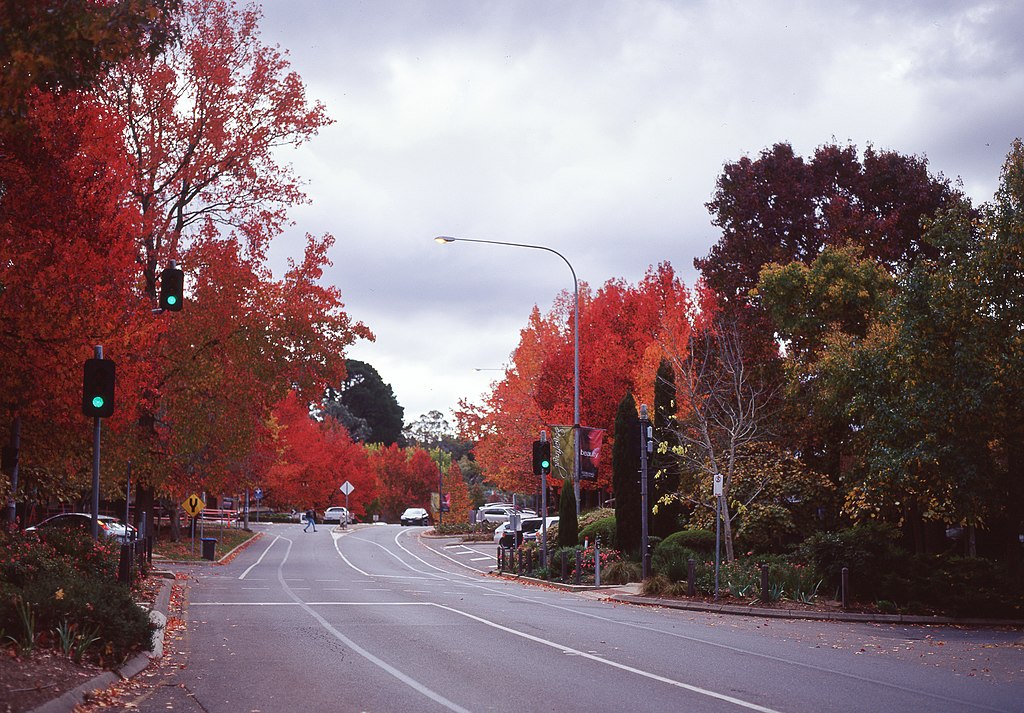 Stirling is a town in the Adelaide Hills, South Australia, approximately 16 km from the Adelaide city centre. The area in the east of Stirling Stirling East. It is administered by the Adelaide Hills Council. Its population is about 2500, though the town has largely merged with neighbouring townships such as Crafers and Aldgate. Other nearby towns are Heathfield and Bridgewater. Of those five, Stirling has by far the largest commercial strip, with the greatest number and widest variety of shops, the only police station, the only banks and the only ATMs.

A prominent landmark in Stirling is the historical Stirling Theatre, home to the Hills Musical Company, Stirling Players and Hills Youth Theatre. Stirling also has a strong affinity with books and has been referred to as South Australia’s ‘Book Village’. This relates to the close proximity of varied book venues Chapter Two Books, Matilda Bookshop, The Hut Book Shed and the Coventry Memorial Library.

Mount Barker lies at the base of a local eponymous peak called the Mount Barker summit. It is 50 kilometres from the Murray River. Mount Barker was traditionally a farming area, and many of the lots just outside the town area are farming lots, although some of them have been replaced with new subdivisions in recent times. 39 kilometres from Adelaide and just a ten minute drive from Hahndorf is Mount Barker, a thriving residential, commercial and service centre of excellence for the Adelaide Hills. Here you will find a state of the art cinema complex, caravan park, linear trails, recreation parks, sporting complexes, swimming pool, restaurants, pubs, cafes, playground and skate park, golf course and all the services that you may need while on tour.

The Mount Barker Linear Trail which runs around Laratinga Wetlands and beyond is popular with walkers and cyclists. Several trails and boardwalks wind around the peaceful wetlands near Mount Barker, through a broad range of native vegetation. Trails such as the ‘Chestnut Teal’, ‘Rosella’ and ‘Sacred Ibis’ are named after some of the local bird life. There are also several bird-watching ‘hides’, a picnic and barbecue area, and an environmentally friendly toilet facility. The trails in the wetlands are also linked to the Mount Barker Linear Trail, an award winning seven kilometre shared trail from Laratinga Wetlands to Keith Stephenson Park, following the local creek line. Mount Barker Summit offers panoramic views of the district. A handful of wineries in and around Mount Barker including Ngeringa, By Jingo! Wines and Howard Vineyard (Nairne).